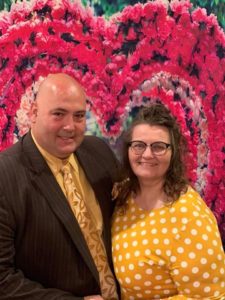 He is the proud son of Glenn and Grace Holland. He was born and raised in Pilesgrove Township, NJ. In 1988 he finished his high school studies and began to prepare himself for the work of God that he felt knocking at his door. In 1991 he married his long loved sweet heart, Rebecca J. Cooper, the proud daughter of Billy and Debbie Cooper. For the next 10 years they would help their pastor and church in many different fields. They would team teach Sunday school classes, teach home bible studies, cook, clean, paint, and do maintenance around church buildings. They would sing, and play instruments for worship service, lead the youth group as youth directors and lead Sunday school as Sunday school superintendent.

In 1997, a door of opportunity opened and they went through that door and moved to Florida to help a newer church. It was then they began to see God’s plan for their life in the ministry. After moving back to New Jersey where their family was, they began to seek God’s will more then ever before. In December of 1999, their first son, Dylan L. Holland was born. In 2003, Lane and Becky submitted to and started to receive training and counseling under the leadership of Pastor James Beardsley. Also, a daughter work was started in Pilesgrove, NJ with Lane as Assistant Pastor to Pastor James Beardsley. While assisting in the daughter work and attending the mother church in Newark, DE, the Lord began to open doors and gave Lane and Becky many opportunities to minister in the community. In December of 2004, their second son was born, Dalton P. Holland. In 2004, Lane received his Local License with the United Pentecostal Church International. It was also then that they began to receive training under the professors of Urshan Graduate School of Theology certificate program in the NJ/DE district.

—Lane finished his first level and received his 10-course certificate and continues his education toward his second level program. In 2006, Lane received his General License with the UPCI. In 2007, he was elected pastor of Apostolic Lighthouse. In 2009 Pastor Lane Holland moved ALC into Home Mission status and still stays connected to the Mother Church.
—In 2010, Pastor Lane Holland felt lead by the Spirit of God to move the congregation of ALC into a new facility in Pennsville Township. Additionally he was Ordained with the United Pentecostal Church International.

Pastor Lane, Becky, along with their children continue to serve and take every opportunity that the Lord gives to reach out to the community. 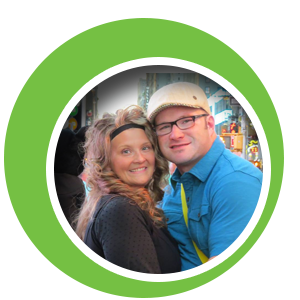 Rev. Steven Griffith is a licensed minister with United Pentecostal Church International.   Rev. Griffith has been with New Life for over ten years, since moving to New Jersey from North Carolina.    He has served as Assistant Pastor and Student Pastor since 2007.  He and his wife Dollie are also involved with the music ministry at NLWC.  They share a deep passion for service for the work of God. 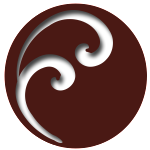 We would love to hear from you! Feel free to contact us using the form below!